You will encounter many terms and abbreviations when you embark on your infertility journey as either a recipient parent or an egg donor or surrogate. We thought it might be helpful to include a glossary of definitions.

Egg or Eggs: Formally known as gametes/ova/oocytes which are retrieved from a woman and necessarily include her genetic material.

Egg Retrieval Procedure: This is a transvaginal aspiration of Eggs from a donor’s ovaries. This is typically done following a cycle of medication and is performed under anesthesia.

Embryo or Embryos: Refers to any and all fertilized eggs created with the genetic material provided by Donor mixed with washed sperm.

Embryo Transfer: Describes the mechanical transfer of one or more embryos from the IVF clinic laboratory into the uterus of Gestational Carrier.

Escrow Agent: In the context of a reproductive cycle, an escrow agent is a third-party holding money for distribution according to a donation or a surrogacy agreement. While it is preferable that the Agent be an attorney, at minimum the Agent needs to be licensed, insured and bonded.

Gestational Carrier: Another term used for a gestational surrogate mother, used to confirm the lack of a genetic connection between she and the child.

Fetus or Fetuses: The medical term provided an unborn child, with a rough timescale from embryo implantation through birth.

Gestational Surrogacy: A surrogacy arrangement where the surrogate mother is not genetically related to the child. Pregnancy is achieved when an infertility physician transfers embryo(s) to her uterus following manipulation of the uterine environment through hormones.

Gestational Surrogate: A surrogate mother who is not genetically related to the child she is carrying and delivering. Under most legal constructs, a gestational surrogate never retains a right to keep the child.

Parentage Action: A reference to any and all legal activity in a Court of Law initiated to establish or enforce Parental Rights including but not limited to the identification of maternity, paternity, parentage, custody, and guardianship.

Parental Rights: A legal reference to the rights, responsibilities or obligations of a legal parent including, but not limited to, residential responsibilities, decision-making responsibilities, custody, financial support, medical treatment, access to information, education, moral guidance, religious affiliation, and name selection.

Personally Identifying Information: Refers to the identifying characteristic of a party to a reproductive cycle. Generally this includes name, spouse’s name, partner’s name, date of birth, social security number, address, phone number, and/or email address that is linked to a particular individual or which reasonably could be expected to allow identification of a particular individual.

Surrogate Mother: A surrogate mother is a woman usually between 21 to 42 years old who carries and delivers a child for a couple or an individual who are identified as intended parents. The child is typically genetically related to at least one of the intended parents.

Traditional (Genetic) Surrogacy: A surrogacy arrangement where the surrogate mother is also the genetic mother. Pregnancy typically occurs via intrauterine insemination, the medical introduction of sperm into the surrogate's uterus.

Traditional Surrogate: A surrogate mother who is also contributing her genetic material to the child. Under most legal constructs, a traditional surrogate has a post-birth time-frame within which she can elect to retain the child and her parentage of the child.

IVF or in vitro fertilization: This is a reference to clinic procedures which lead up to pregnancy, including ovarian stimulation, uterine lining preparation, egg retrieval, fertilization, embryo culture, and embryo transfer.

WHAT IS THE PROCESS FOR OBTAINING
A BIRTH CERTIFICATE AND PASSPORT?

When we have a good indication of when the birth will take place and if the parent can go to Miami, we will arrange a meeting with the Passport Offices such that they walk out with a passport the same day. Some parents will not be in Miami or feel uncomfortable bringing their child into a public space. For those parents we can direct you to passport expediting services that can move a passport application through Washington, D.C. in as little as three days total.

We know that all parents want to return to their home as soon as they can. We have some strategies to help shorten the timeline to not only get the birth certificate faster but also obtain a passport in a timely manner.

For international parents, we will work with your person attorney.  The personal attorney will obtain citizenship for your child.  It is important to seek that service as some countries have very short timelines following birth within which to apply. For those that do not have local counsel, we can recommend experienced attorneys who understand the necessary in-country processes to best obtain recognition and citizenship.

Here are the steps that need to be taken with each surrogacy agreement:

The matching agency will provide the financial terms of the match. A surrogacy agreement will be drafted, proofed and administered by attorneys who have expertise in the area.

We will ensure that all signatures will be witnessed and notarized to provide you, the court and all other parties notice that everyone is at the table voluntarily and knowingly. We then send confirmations to the Clinic so that they can start the medical procedures.

It is axiomatic that all parties be represented by independent attorneys to provide the appropriate ethical distance between the parties and secure assurances that everyone understands their respective promises and legal rights.

We will meet with the risk manager and/or obstetric nurse manager to ascertain the hospital’s understanding of the legal side of surrogacy and how they will administer the birth process.

It is inevitable that the relationship between you and your carrier will wax and wane. It is paramount that financial considerations never enter this relationship. To minimize problems, we insist that an independent trustee administer the money.

"If we have more law firms like the Law Offices of Robert T. Terenzio, it would help more parents to have their beautiful baby and complete their family dreams. Thanks very much to Robert for helping us complete our family." 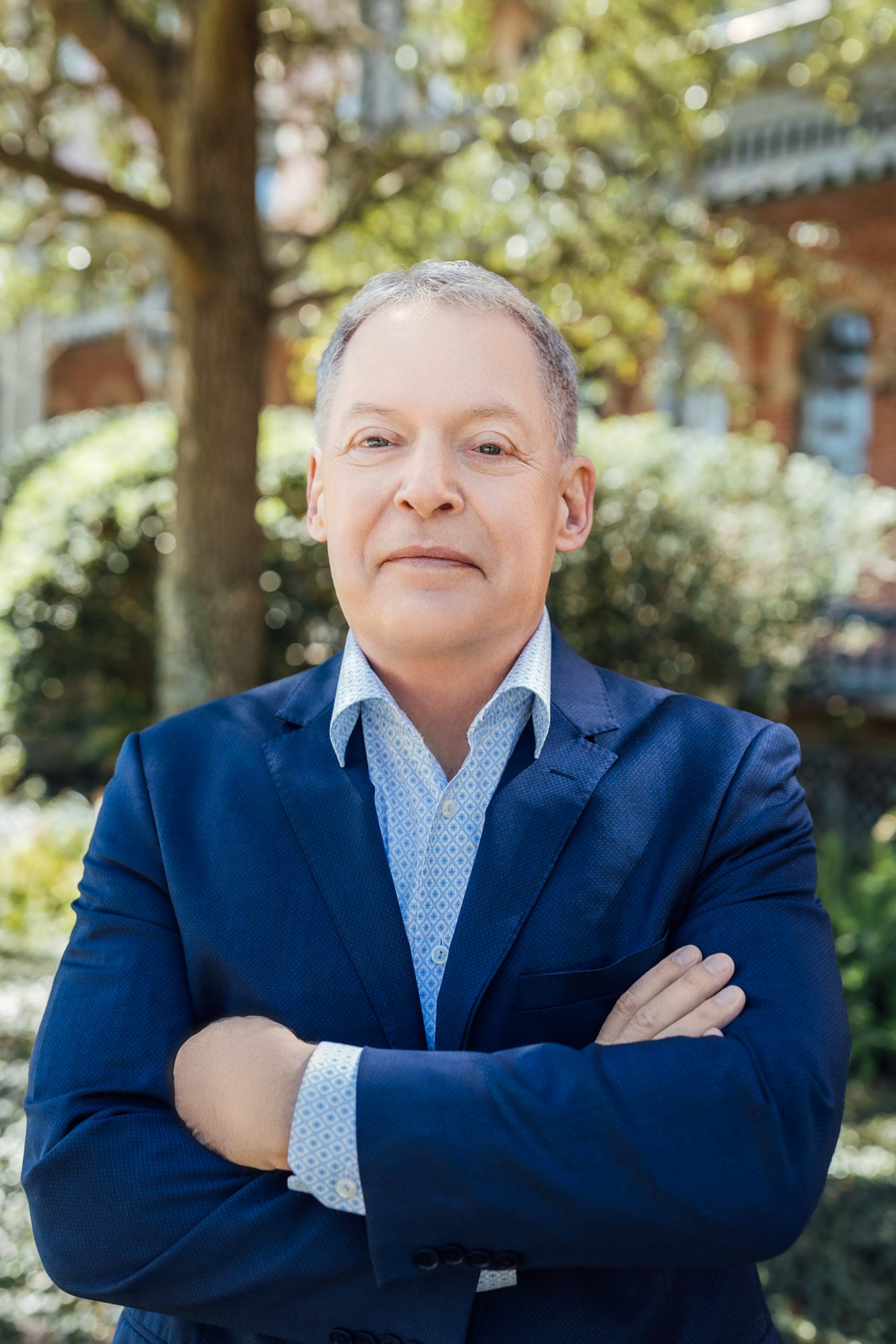 Robert T Terenzio has 25 years as principal of a law firm that exclusively addresses assisted reproductive technology law.
Robert is a member of the Florida and Connecticut Bar Associations. He belongs to the Family Law Section of both states as well as the Health Law Section of the Florida Bar.

Robert is a member of the American Bar Association and was the first ART Attorney to serve on its Family Law Council. He is also a member of the ABA's Assisted Reproductive Technology Committee.

Robert has answered the challenge of the lack of transparency in ART by speaking to physicians, nurses, allied medical personnel, attorneys and the infertile public, in both formal settings and informal meetings, within the United States, and in Europe and South America.

"We are here to support you during your entire surrogacy experience. We are your advocate until you are ready to go home with your baby. We are here to hold your hand or lend you a shoulder to cry on as well as celebrate with you when your dream of a family comes true."

We will craft a legal contract that will fully protect you, your child and your parentage. We devote our practice exclusively to this area of the law and understand its many complexities. So doing, we helped hundreds of couples and individuals worldwide to build their families through assisted reproduction, be it surrogacy or gamete donation. We are experienced in preparing the forms, contracts, and court orders to establish your legal parentage. Ultimately, our goal is to protect you legally, financially and emotionally and permit you the luxury of enjoying the pregnancy.

THE LAW OFFICES OF

We speak Spanish, French and Portuguese

Disclaimer: The hiring of an attorney is an important decision that should neither be based solely upon written information about our qualifications and experience nor solely upon advertisements. The materials on this site are provided for informational purposes only, do not constitute legal advice, do not necessarily reflect the opinions of The Law Offices of Robert T. Terenzio, or any of its attorneys or clients, and are not guaranteed to be correct, complete, or up to date. This site is not intended to create an attorney-client relationship between you and The Law Offices of Robert T. Terenzio, and you should not act or rely on any information in this site without seeking the advice of an attorney.